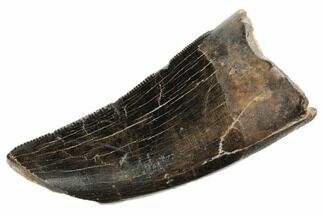 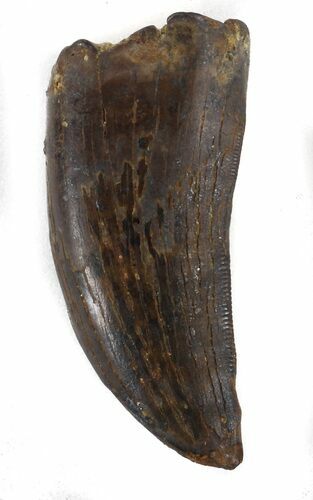 This is a bargain, 1.65", Tyrannosaur tooth from the Two Medicine Formation (Judith River Group) of Montana. This formation is approximately 70 million years old, or about 5 million years old than the Hell Creek Formation which produces T-Rex.

The tooth exhibits quite a bit of river wear that happened prior to fossilization. Portions of the enamel are worn, and there is some damage to the tip. It's unclear if this is feeding damage or river wear. Some of the serrations are still visible on the inner edge. 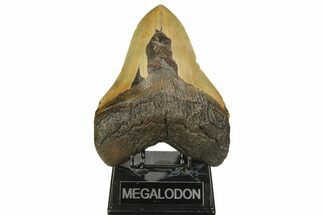 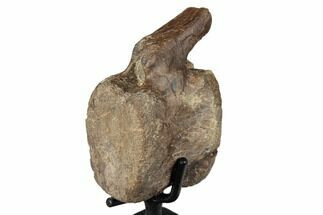