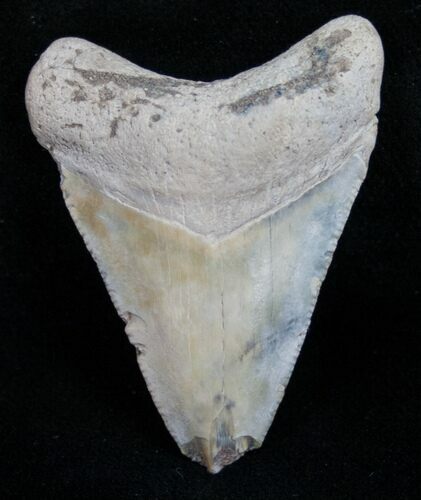 This is a small 1.67" long juvenile Megalodon tooth which was a land find in North Carolina. It has wonderful coloration and most of the serrations are still sharp.