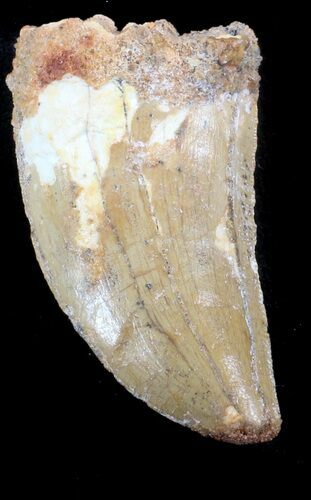 This bargain 1.68" long, tooth of the gigantic predatory dinosaur Carcharodontosaurus saharicus. This massive theropod often gets compared to T-Rex but is actually thought be larger.

The tooth has a light colored enamel preservation with some missing patches. Most of the serrations are worn, but are still visible along both edges of the tooth. There is some repair and restoration to the very tip of the tooth, hence the bargain price. 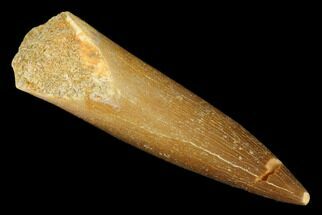