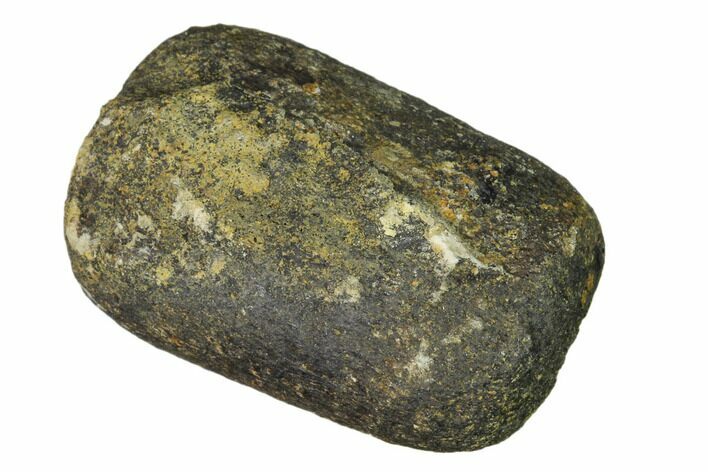 This is a 1.7" wide Hadrosaur vertebra centrum from the Two Medicine Formation of Montana. It was collected this last spring and has been nicely prepared from the hard rock surrounding it. The processes have weathered away along with much of the detail, making it difficult to provide an accurate genus for this Hadrosaur vertebra.