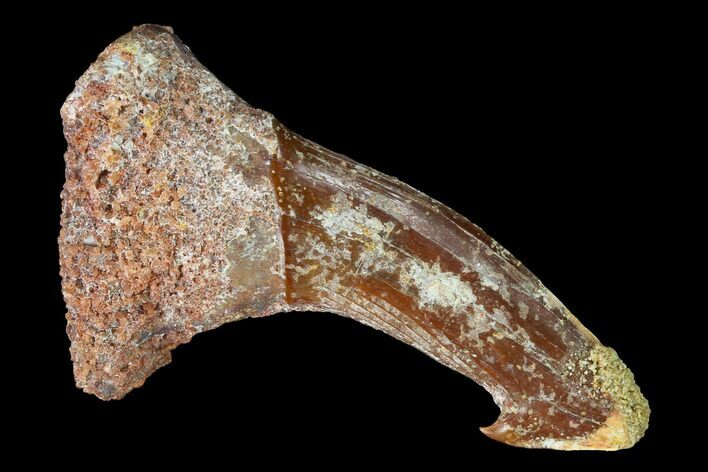 This is a a 1.45" long rostral barb/tooth from an extinct, giant sawfish (Onchopristis numidus). There is some wear to the tip.