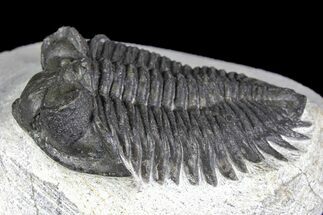 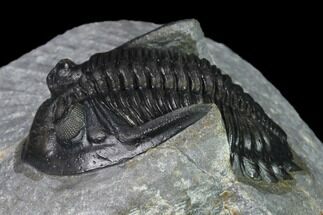 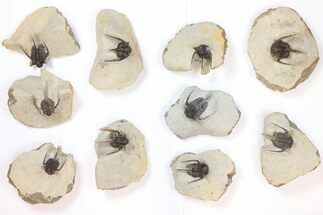 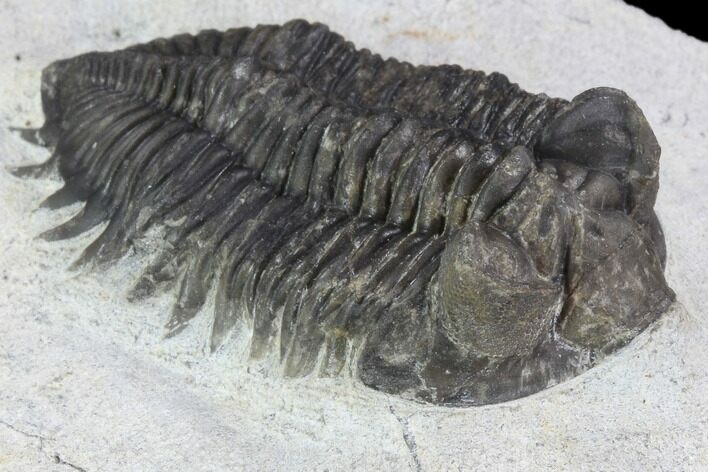 This is a bargain, 1.8" long, bug-eyed, Coltraneia trilobite with amazing "tower eyes" full of hundreds of eye facets. The species has often been referred to as a Treveropyge in the past. It was quarried at Ofaten Mountain, Morocco.

The preparation is a bit rough on this specimen leaving lots of scratches on the shell, hence the bargain price. 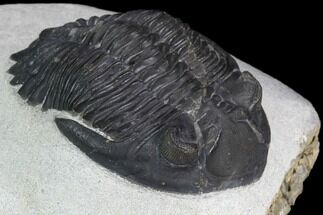 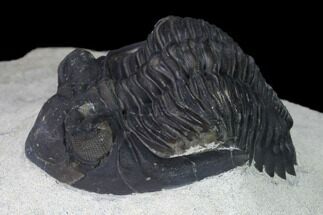 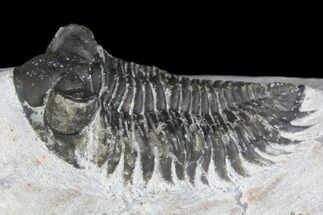