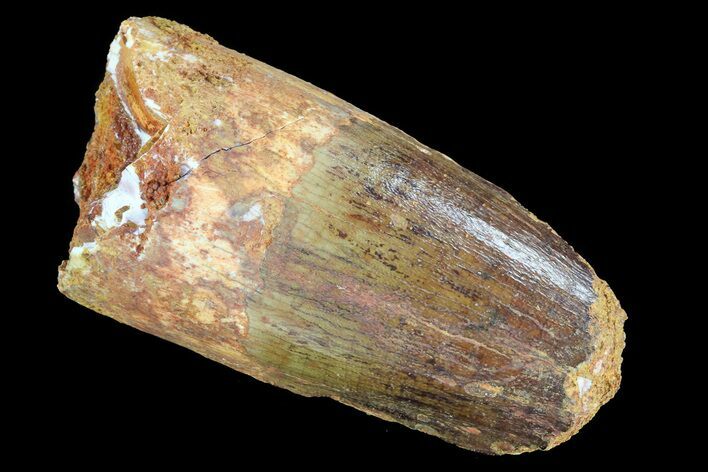 The tip of the tooth has been worn down due to feeding, which is common for Spinosaurus teeth. One repaired crack in the base.