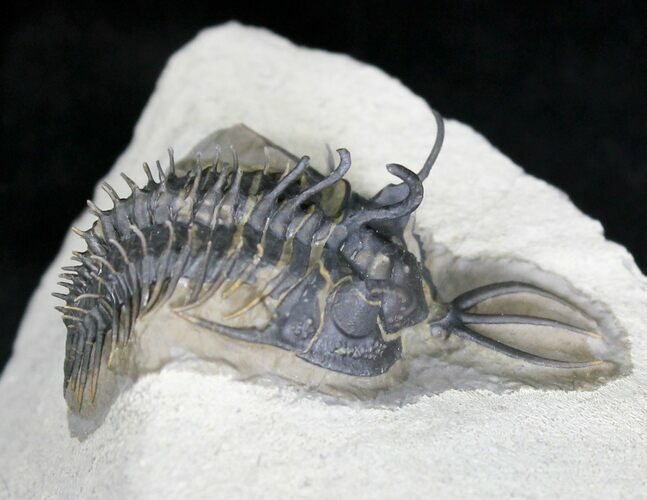 This is a nicely prepared specimen of the spiny trilobite Walliserops hammi, often referred to at the "short trident" Walliserops. Walliserops hammi was typically much smaller than the long-forked Walliserops trifurcatus. These trilobites take a long time to prepare due to the 40+ free standing spines along their back. The two spines above the eyes which were damaged during preparation are composites, but all of the other spines are original.

There is some disarticulation in the body, hence the bargain price.