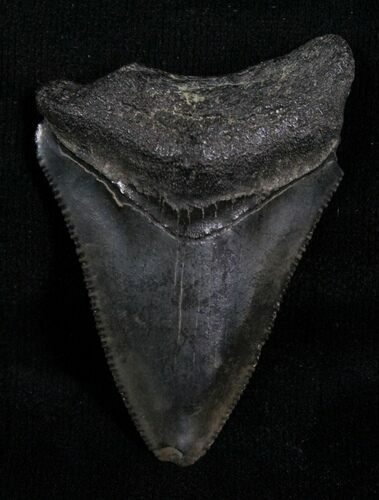 The tooth is missing a few sections of the root but has nice enamel and sharp serrations.
Megalodon