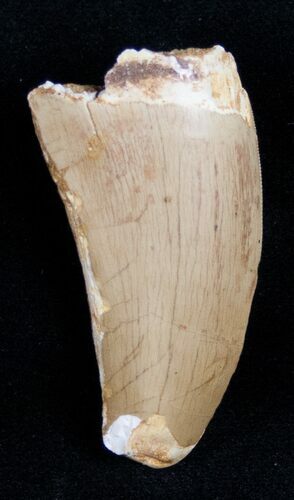 This is a bargain tooth of the massive theropod dinosaur Carcharodontosaurus saharicus, which often gets compared to T-Rex. It's 1.95" with good enamel preservation. The tip has been sheered off due to feeding damage. The white coloration you see in natural and due to the fact the interior of the dinosaur teeth from the Kem Kem Beds are preserved as a phosphate based mineral.