This is a 1.83" long tooth a Spinosaurus, the largest known meat eating dinosaur. It is from the Kem Kem Basin in Morocco and is Late Cretaceous in age, approximately 95 million years old.

A tooth of this size likely would have come from a juvenile of the species. There is some damage to the tip, potentially feeding damage, but the enamel looks pretty nice. 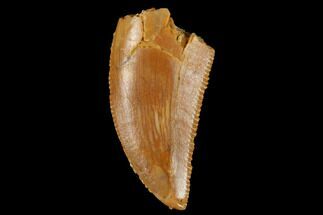 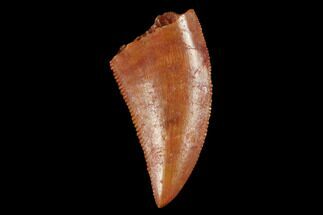 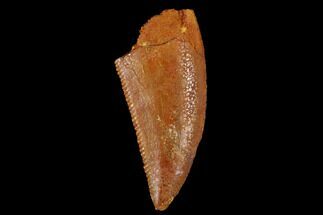 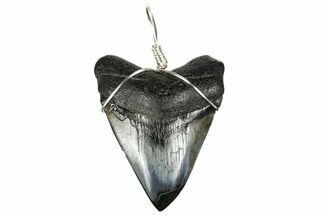 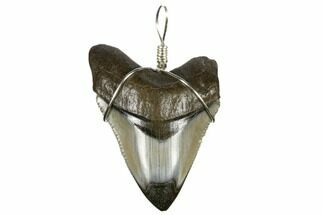