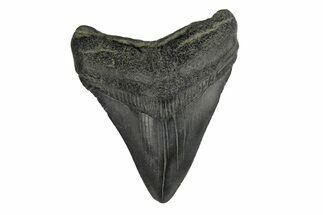 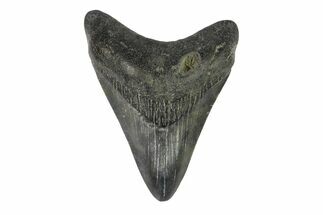 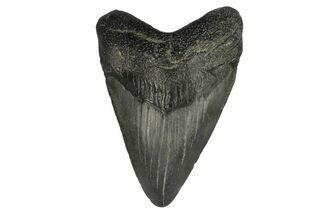 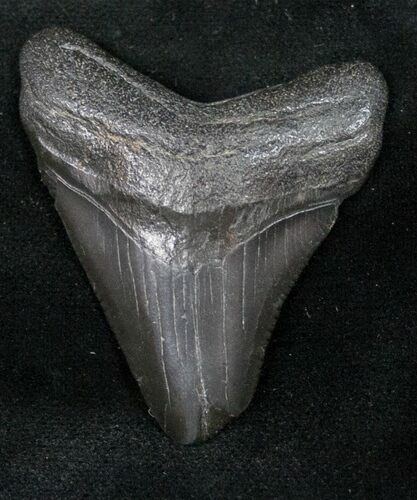 This is a bargain 1.99" long, fossil Megalodon tooth from the South Carolina coast. It would have come from a juvenile Megalodon shark, that would still have been larger than most modern day great white sharks.