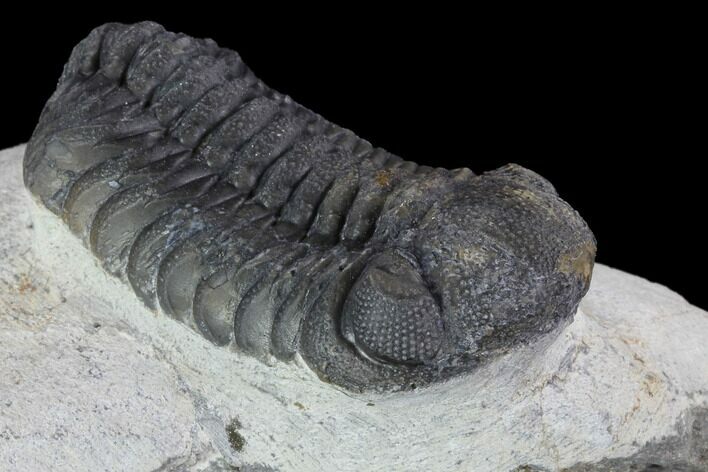 There are some areas of shell weathering and minor shell restoration, hence the bargain price. Nice eye facets.