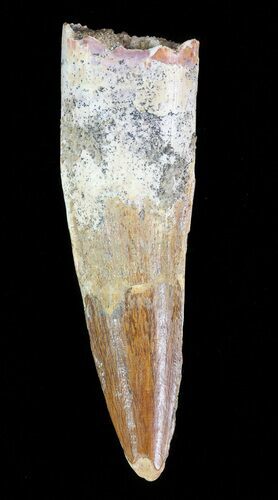 The enamel of this tooth is almost completely worn off and there is a repaired crack through the middle, hence the reduced price.