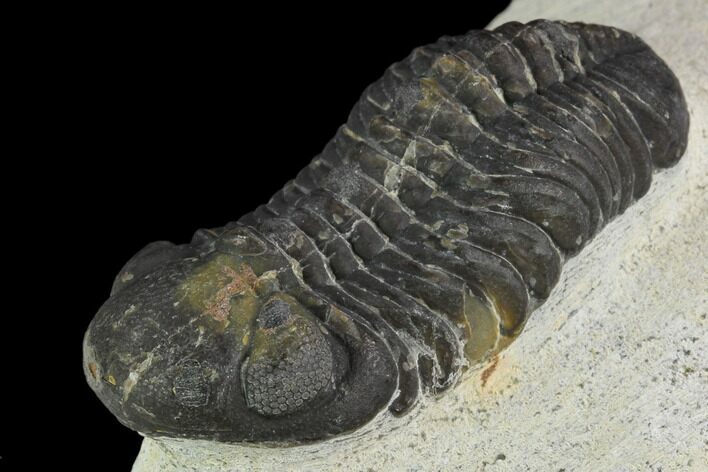 This is a detailed, Austerops trilobite from the Devonian of Morocco. The preparation is a little rough leaving a lot of scratches and dings on the shell, hence the bargain price. Nice eye facet preservation in both eyes. There is some restoration along the top of the axis.