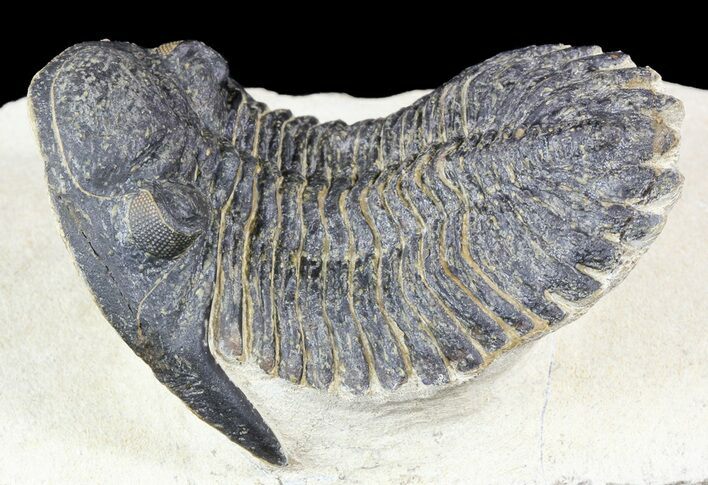 This is a 2.2" long, Hollardops trilobite. The preparation is pretty rough, leaving lots of scratches on the shell, but you can still see clear eye facets in both eyes and there is no restoration. 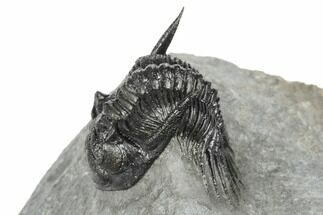