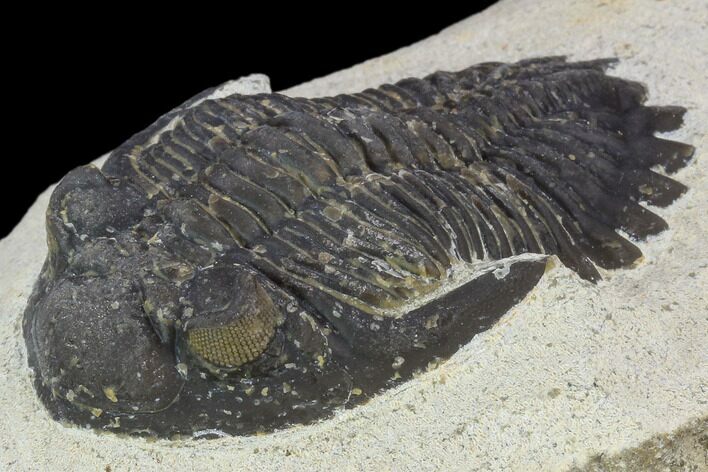 This is a bargain Hollardops mesocristata trilobite quarried near Ofaten, Morocco. It shows quite a bit of surface detail including preserved eye facets. It has been prepared with air scribes.