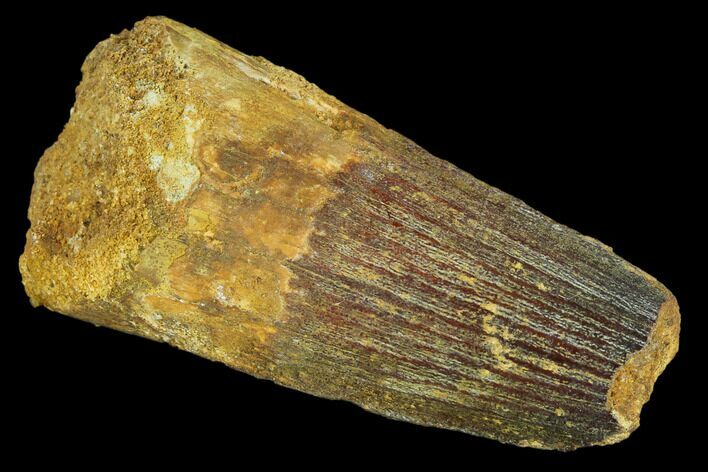 This Spinosaurus tooth is robust and still has some well preserved enamel. The majority of the tip is gone and some of the enamel has chipped away, hence the reduced price.