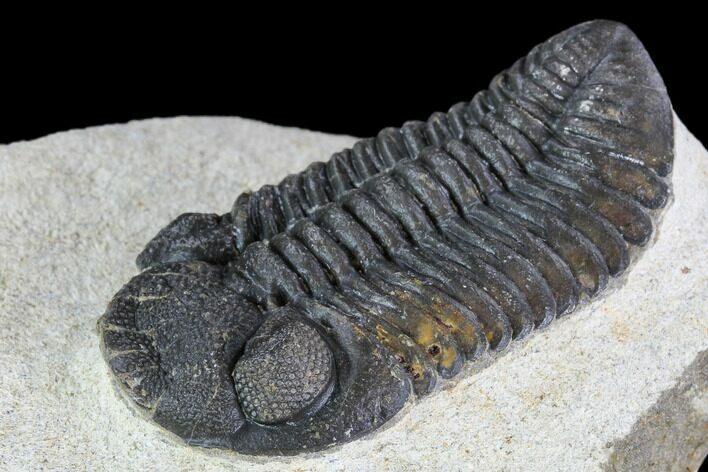 This is a 2.25" long Austerops trilobite from Ofaten, Morocco. The trilobite is fairly compressed, hence the bargain price.