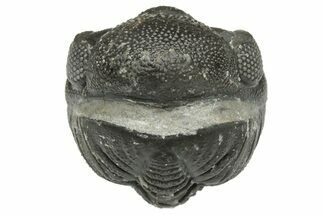 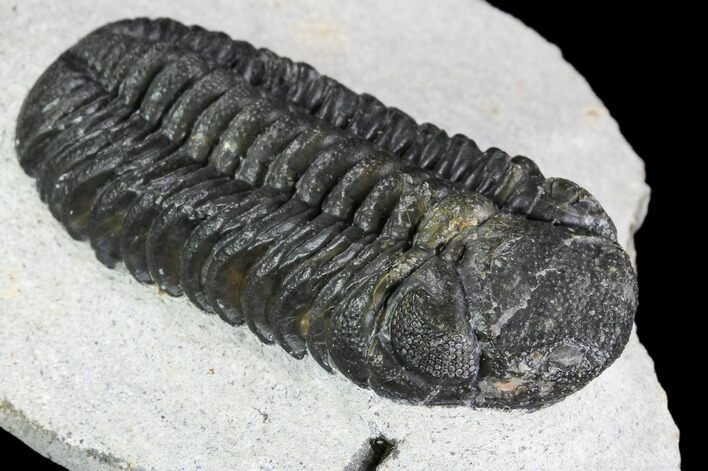 This is a 2.25" long Austerops trilobite from Ofaten, Morocco. Nice eye facets in both eyes though there is some compression on the head and left hand side of the trilobite. 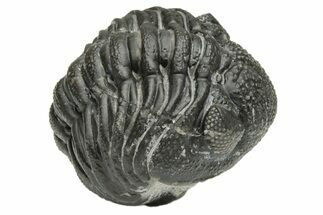 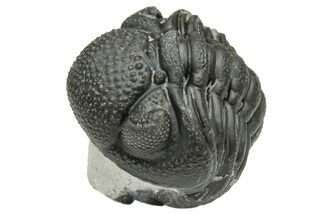 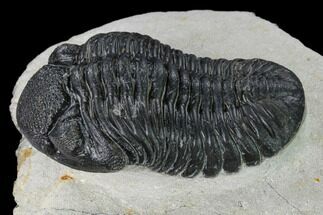