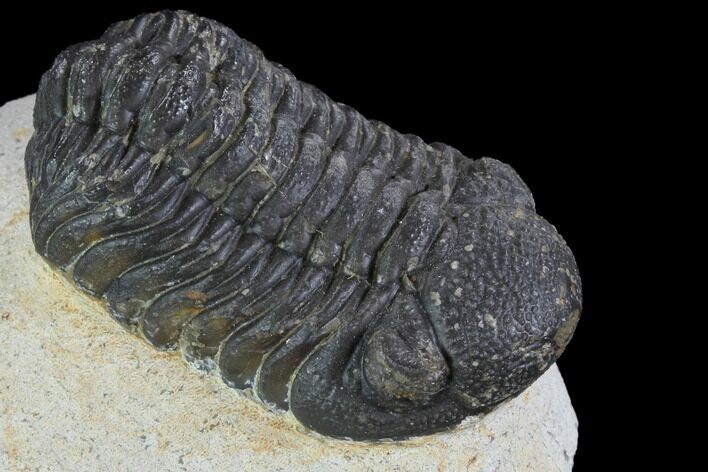 This is a bargain, 2.3" Morocops (Barrandeops) trilobite from the Devonian of Morocco. It has nice shell detail including eye facets and has been prepared with air scribes and air abrasives so that it looks like it is ready to crawl off the rock.
The preparation is a bit rough leaving some scratches on the shell and there is some shell weathering on the back half, hence the bargain price.