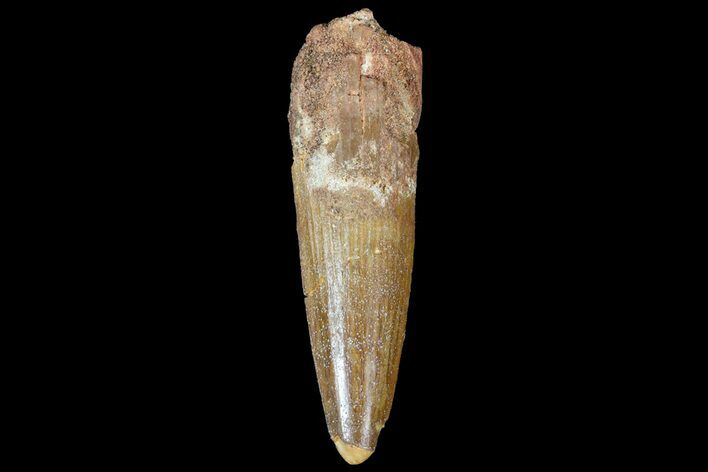 This is a nicely preserved tooth with decent enamel preservation. There is a repaired crack through the center of this tooth, feeding wear at the tip and stabilization of the root, hence the reduced price.