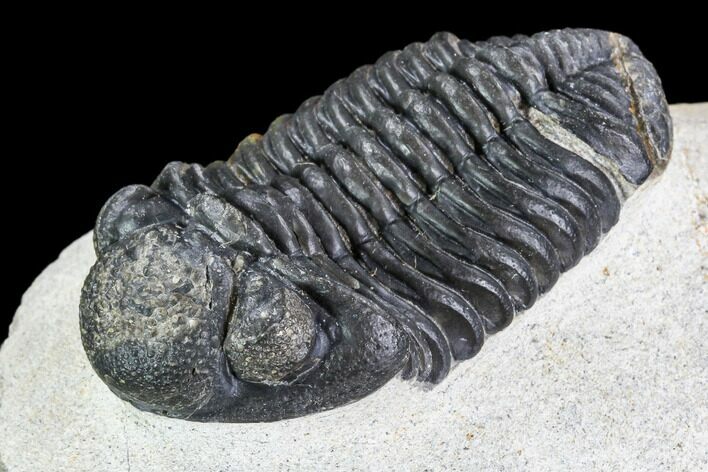 This is a 2.35" long, specimen of Pedinopariops (Hypsipariops) vagabundus from Mrakib, Morocco. The right hand side of the tail is compressed and there is some shell weather, hence the bargain price.