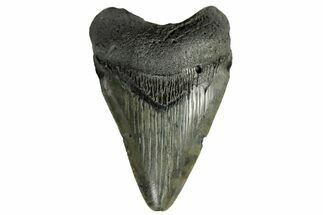 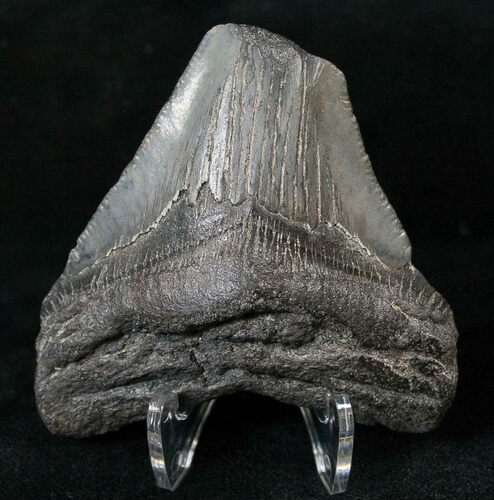 This is a bargain 2.47" long fossil Megalodon tooth collected in South Carolina. A tooth this size would have come from a juvenile Megalodon shark. The tip has been sheered away due to massive feeding damage. 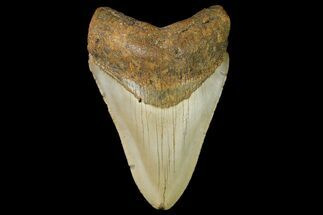