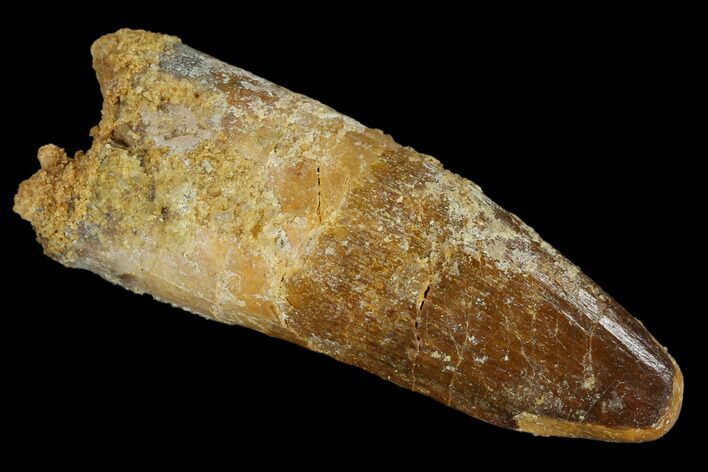 This Spinosaurus tooth that still has some well preserved enamel, however there are several repaired cracks through the tooth and feeding damage that runs up one edge of the tooth, hence the reduced price. There has been some glue stabilization at the root of the tooth.