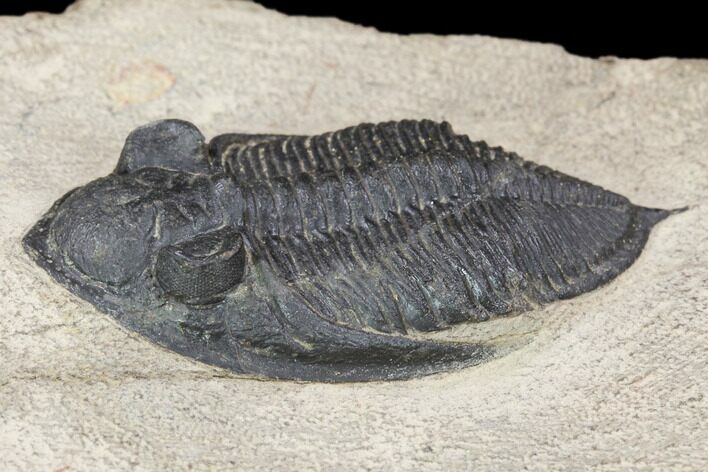 This is a bargain, 2.55" long specimen of Zlichovaspis rugosa from Atchana, Morocco. The preparation is pretty rough in areas hence the bargain price. Nice eye facets in both eyes though.