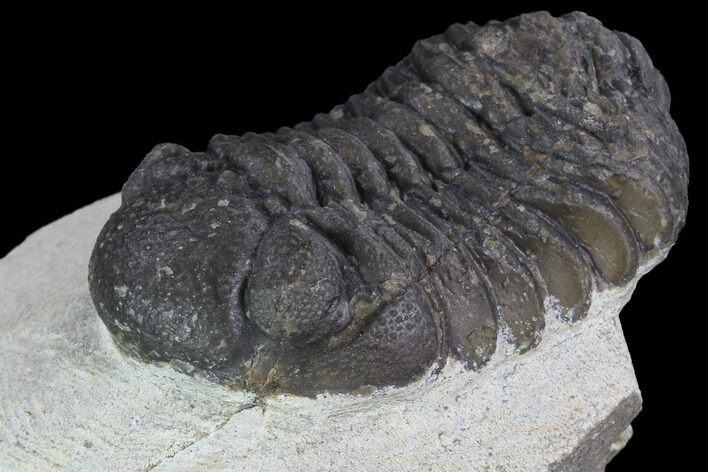 This is a bargain, 2.6" long (if outstretched) Morocops (Barrandeops) from the Timrhanrhart Formation near Foum Zguid, Morocco. Visible eye facets in both eyes with nice shell detail.
There is quite a bit of shell weathering, hence the bargain price.