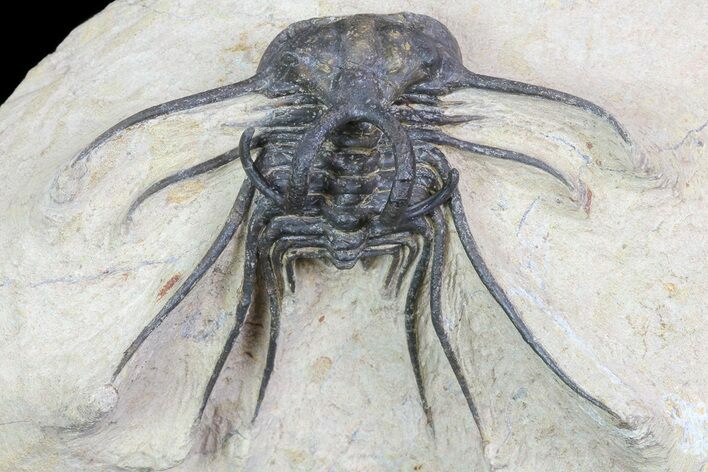 This is bizarre trilobite looks like something you might see in an Alien's movie. It's fittingly name Dicranurus monstrosus. While fakes of this trilobite abound, real examples like this one are fairly rare. Pretty minimal restoration, just touchups along the repaired cracks and to hide a few airscribe dings from preparation. The distinctive "rams horns" have been prepared free-standing.