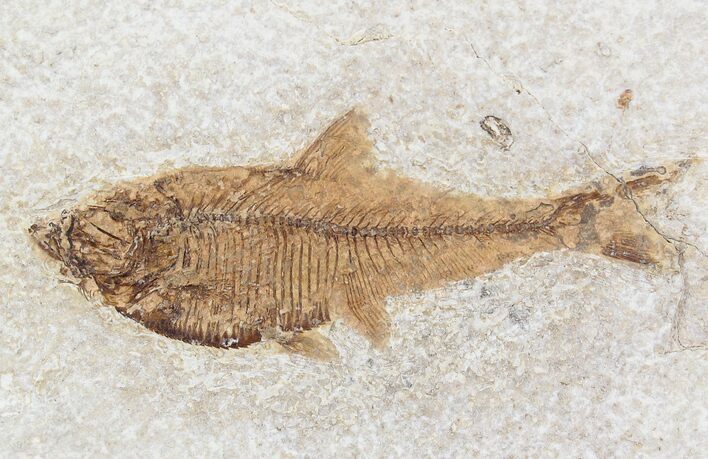 This is a small Diplomystus dentatus fossil fish collected from the Green River Formation of Wyoming. It's on a 5.2x4.5" squared off piece of matrix which displays well with the included display stand.

Please Note: This specimen has some paint enhancement to add contrast with the surrounding rock.