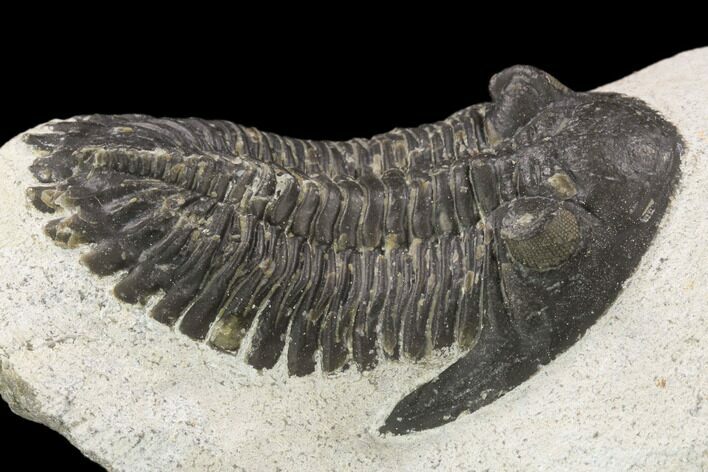 This is a bargain Hollardops mesocristata trilobite quarried near Ofaten, Morocco. It shows quite a bit of surface detail including preserved eye facets. Surface detail is quite good, it was just never cleaned with air abrasives so there is still rock in between some segments hence the bargain price. 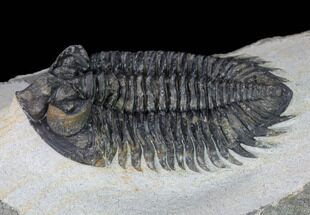 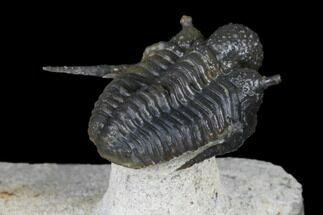