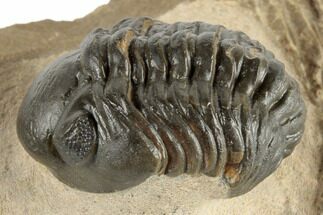 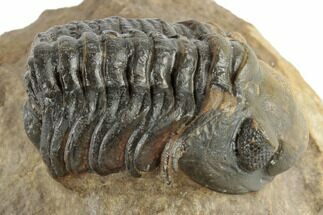 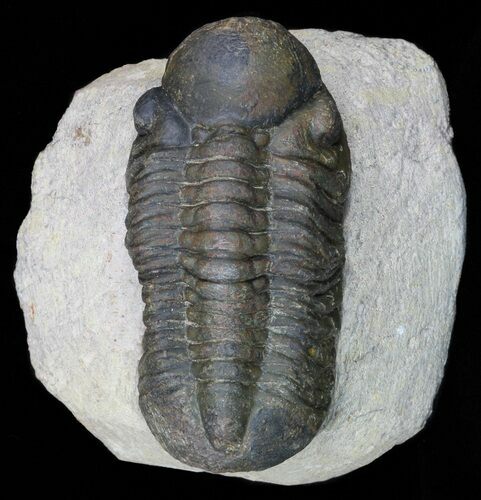 This is a 2.6" long, Reedops trilobite collected near Atchana, Morocco. The hard limestone has been carefully removed, leaving it perched as if it's about to crawl off of the rock. A lot of shell detail including visible eye facets. The preparation is a bit rough in areas leaving some scratches to the shell, hence the bargain price. 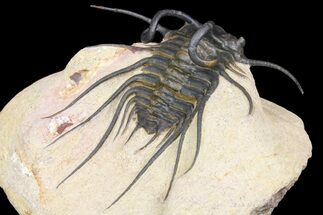 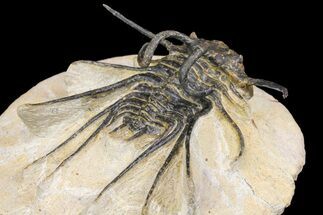