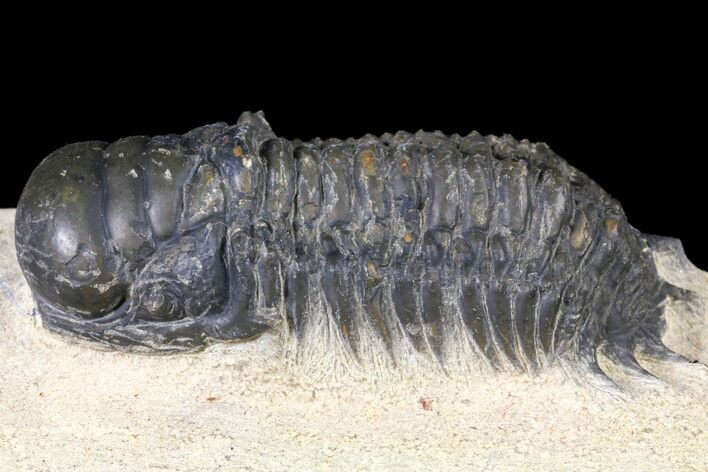 This is bargain, 2.65" long specimen of the trilobite Crotalocephalina sp. quarried from Foum Zguid, Moroccoo. It has been prepared using air scribes to remove the surrounding limestone and looks like it is about to crawl off the rock.

The preparation is pretty rough, leaving a lot of scratches on the shell, and there are several patches of shell restoration, hence the bargain price.