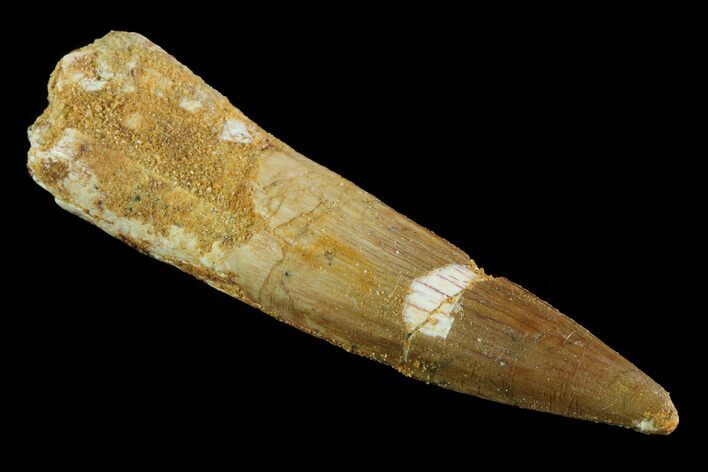 This is a 2.65" long tooth a Spinosaurus, the largest known meat eating dinosaur. It is from the Kem Kem Basin in Morocco and is Late Cretaceous in age.

The remaining enamel of the tooth preserved nicely, however there are multiple spots where it has chipped free. There is also a repaired crack through the tooth at the center and at the tip, hence the reduced price.