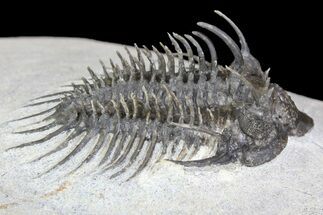 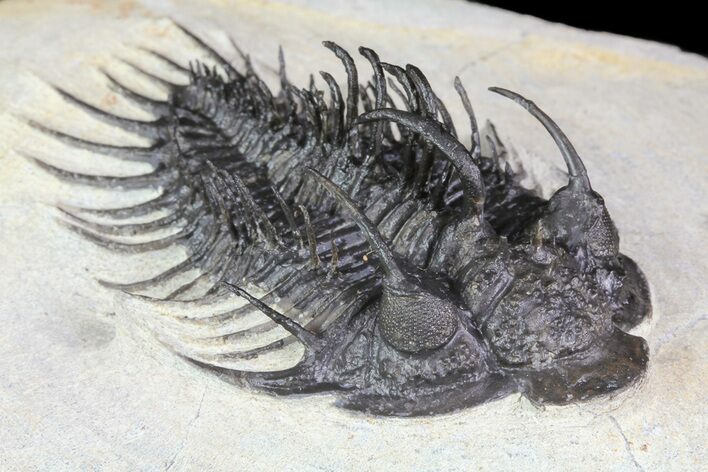 This is a bargain, 2.4" long specimen of the super spiny trilobite Comura bultyncki from the Tazoulait Formation of Morocco. You can even see the tiny eye facets in it's eyes. Most of the free-standing spines on this specimen are composites and there is restoration around the spine bases which is the reason for the low price on this specimen.