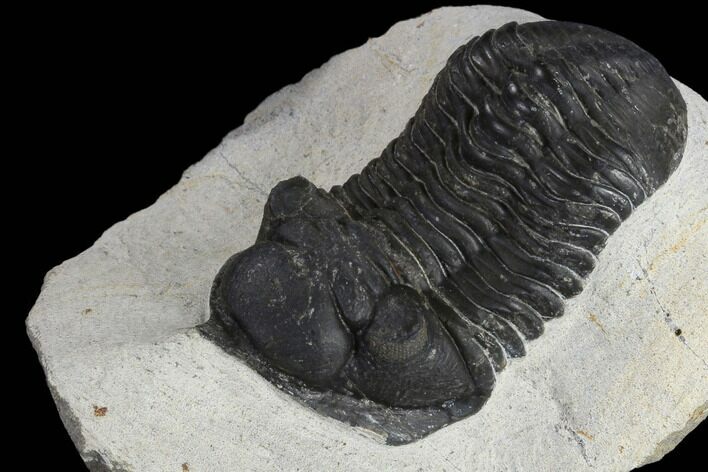 Here is a bargain, 2.7" long specimen of Morocconites malladoides from Ofaten, Morocco. This species typically has a long rostrum off of the front of it's head, but it's stunted in this specimen. Whether this represents a different species or just a growth abnormality I don't know. Clear eye facets in both eyes. There is some scratches on the shell from preparation, hence the lower price.