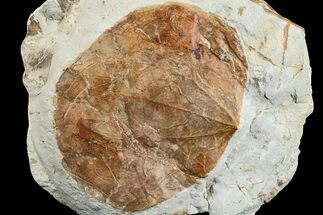 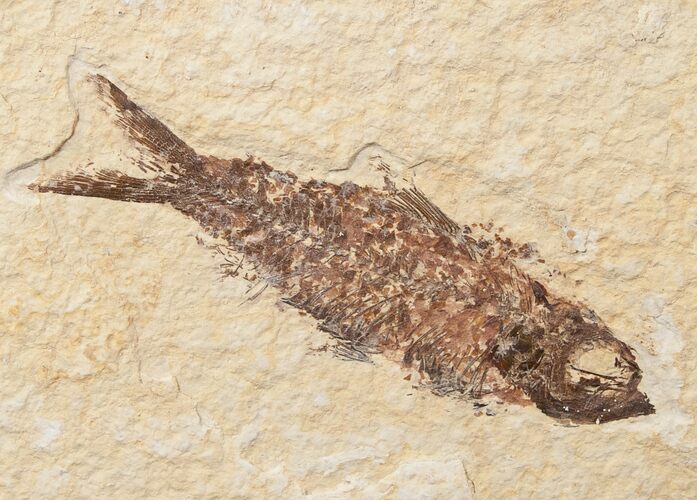 This is a bargain example of a 50 million year old fossil Knightia eocaena from the Green River Formation of Wyoming. You can clearly see the well defined details such as the backbone, scales and fins. It contrasts well against the creme colored limestone matrix that it is centered on.