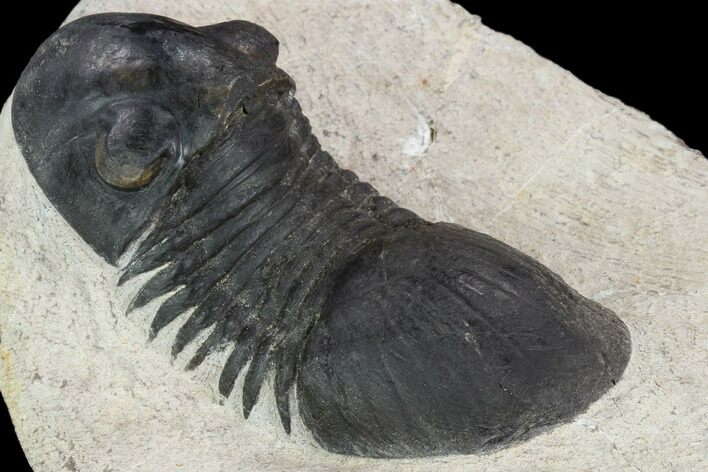 This is a 2.85" long (if outstretched) Paralejurus trilobite quarried at Atchana, Morocco. The shell is chocolate brown coloration and has quite a bit of detail. There is a lot of shell restoration on it's tail hence the bargain price.