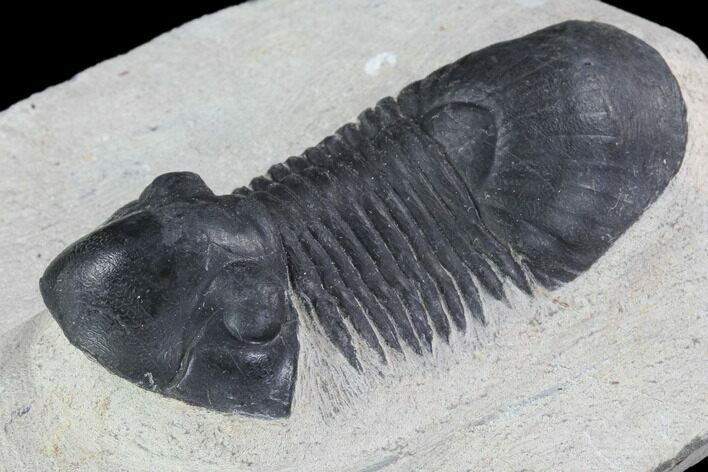 This is a large, 2.85" long Paralejurus trilobite quarried near Ofaten, Morocco. It's nicely prepared and looks like it is ready to crawl off of the rock. You can even make out some of the thousands of tiny eye facets in each eye under magnification.

The back half of the tail has been restored and there is also a bit of shell restoration on it's head hence the bargain price. 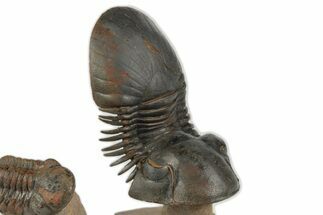