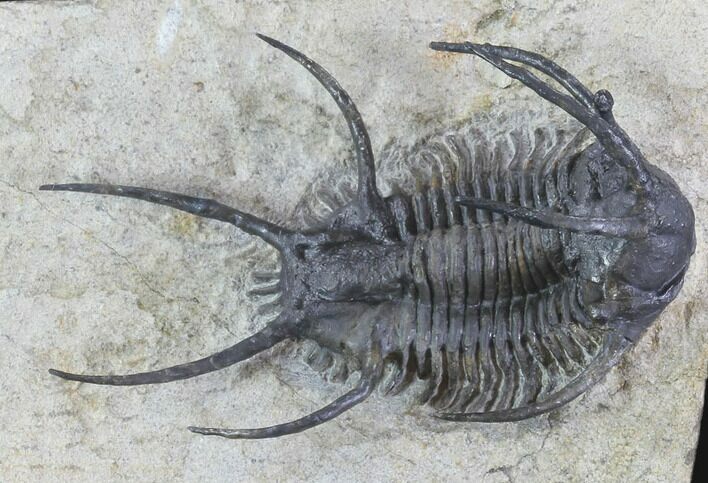 At almost 3" long this specimen is huge for the species and has been prepared with all of the spines free standing. It's bargain priced due to having around 10% shell restoration. The shell on the back of the head has been restored, about 1/3 of the left genal spine has been restored as well as several areas on the tail.