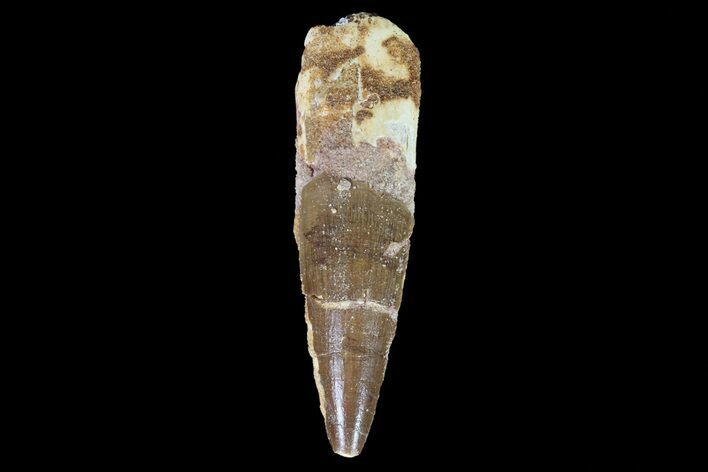 This is a 2.92" long tooth a Spinosaurus, the largest known meat eating dinosaur. It is from the Kem Kem Basin in Morocco and is Late Cretaceous in age.

The tooth is a composite, meaning it was constructed from two partial tooth. There are also several crack repairs, hence the bargain price.