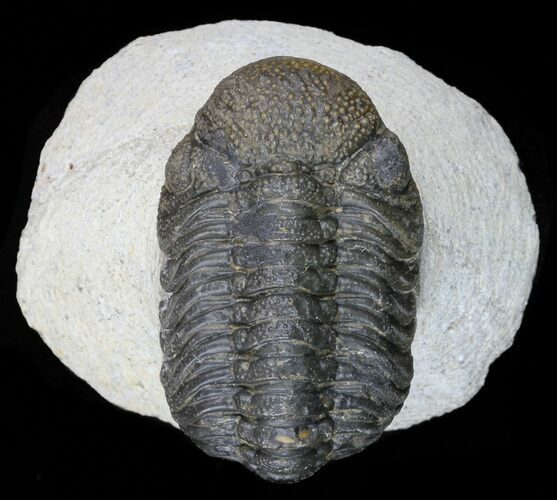 This is a bargain, 2" Morocops (Barrandeops) trilobite fossil from the Devonian deposits of Morocco. It has great detail including the it's distinctively bumpy shell and eye facets. The preparation is a bit rough is some areas and there is a small amount of shell restoration, hence the bargain price.