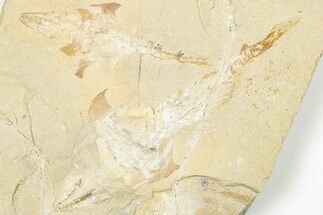 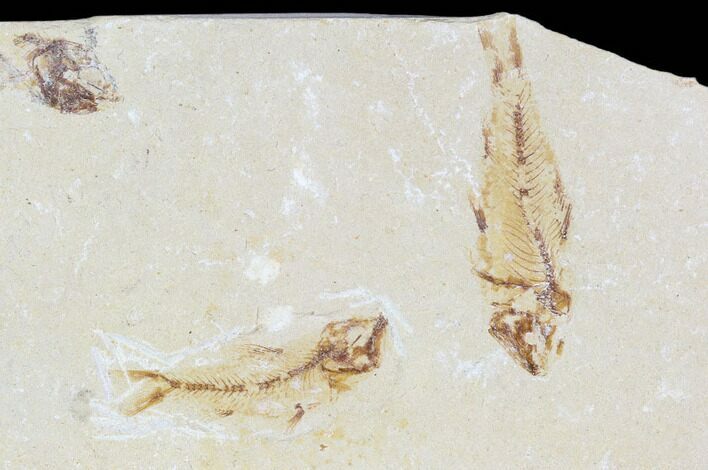 This is a pair of fossil fish (Armigatus) from the Sannine Formation in Lebanon. The largest fish is 1.3". The head of a third fish is visible in one corner. 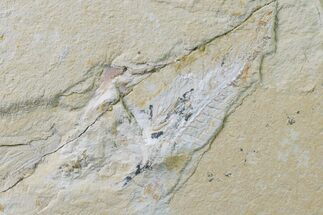