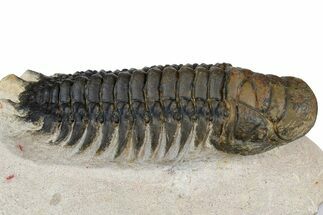 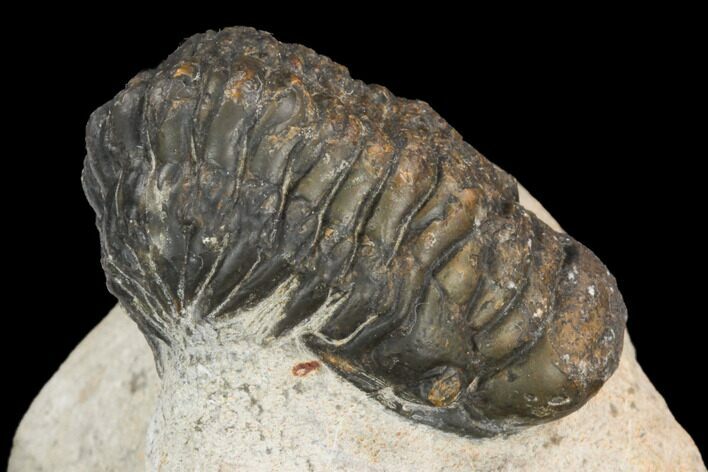 This is a bargain, 2" long Crotalocephalina gibbus trilobite from Atchana, Morocco. It has been mechanically prepared with airscribes so that it looks ready to crawl off of the rock. There is a lot of shell weathering on this specimen, hence the bargain price. 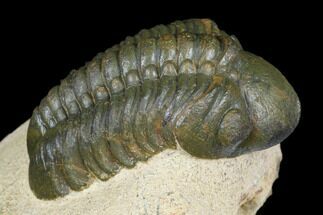 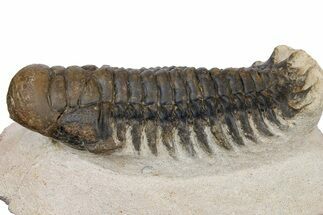