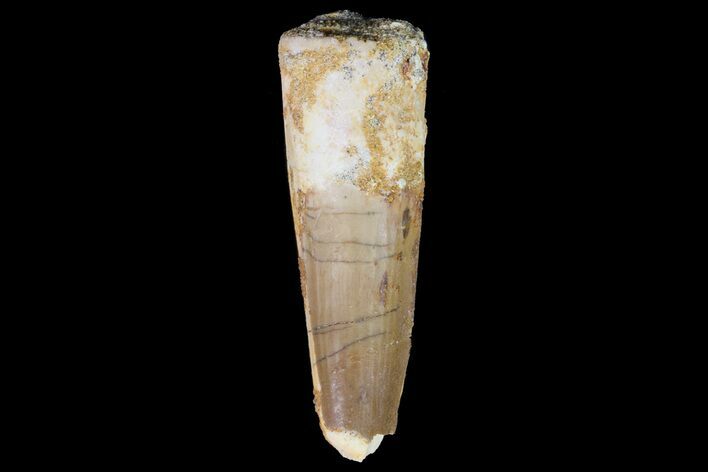 The enamel of this tooth has decent preservation. There is a repaired crack through this tooth, as well as some stress fracturing. There is also a small piece of the tip missing, hence the reduced price.