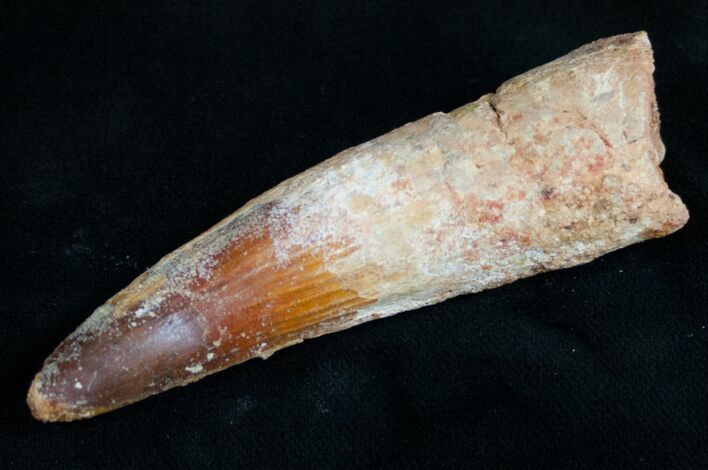 This is a bargain 3.03" long tooth a Spinosaurus the largest known meat eating dinosaur. It's Late Cretaceous, approximately 100 million years old and from the Kem Kem Basin in Morocco. At 3+ inches long it's pretty good sized for a Spinosaurus tooth. Most of the enamel is missing and it has several repairs, hence the bargain price.