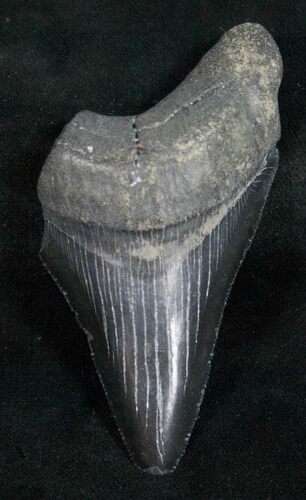 This is a bargain 3.04" Megalodon tooth collected from a river in Georgia. It's too bad it's missing a corner because otherwise the tooth is beautiful with gorgeous dark enamel, good serrations and a robust root.