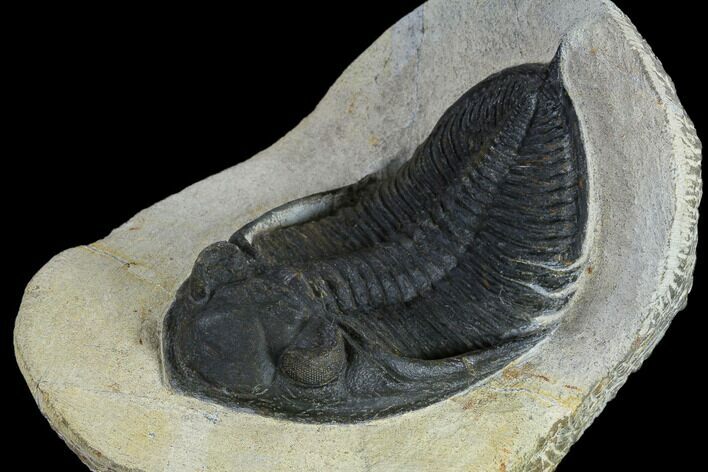 This is a bargain, 3.05" long specimen of Zlichovaspis rugosa from Atchana, Morocco. Visible eye facets in both eyes. The preparation is a little rough leaving some scratches on the shell along with some shell shell weathering. Eye facets are visible in both eyes. 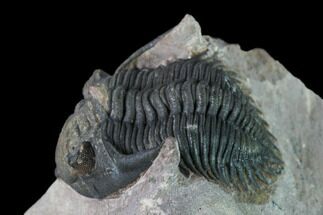