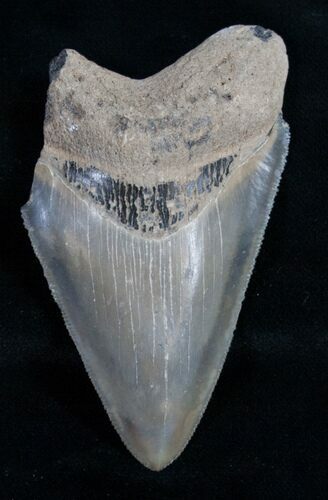 The blade on this tooth is absolutely gorgeous with sharp serrations, a nice tip and colorful enamel. Too bad it's missing a corner of the root.