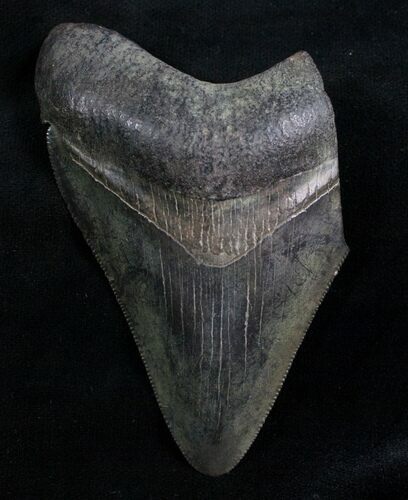 This is a bargain 3.29" long tooth of the largest predator ever to roam earth's oceans, the gigantic Megalodon shark. It was collected in the Peace River area of Florida and is Miocene in age. This tooth has some nice serrations and enamel preservation, it's just missing one corner.