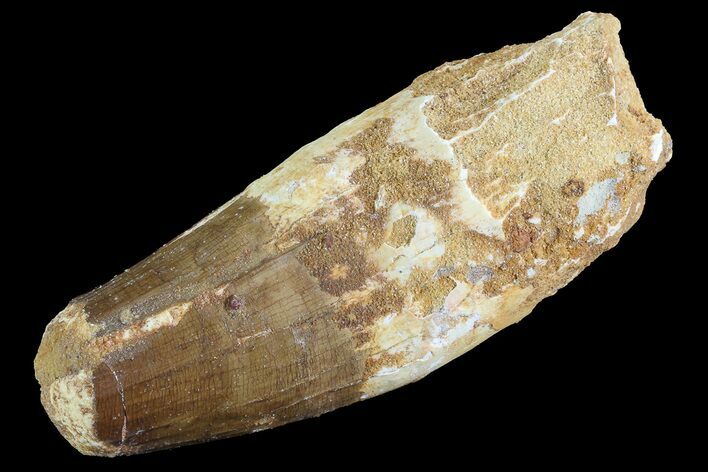 This is a big fat tooth, but much of the tooth has been worn away due to feeding.